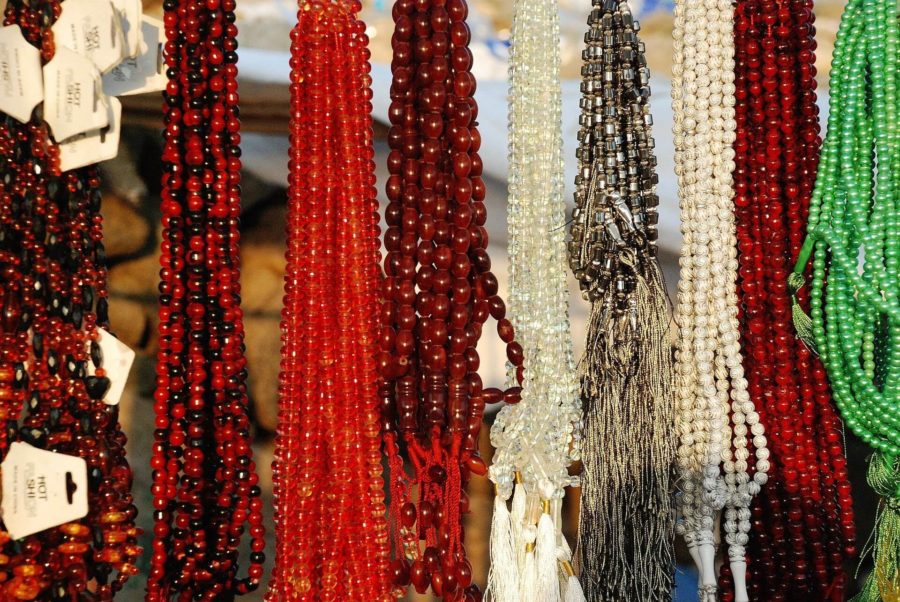 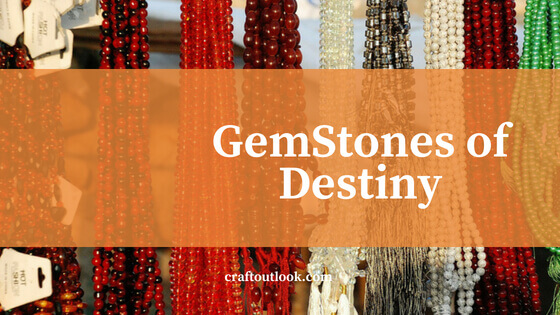 Gemstones are considered as an opulence of aristocracy. Gemstones are used in making dazzling pieces of Jewelry from so many years. They are also called as ‘Ratana’ in India and have a paramount specialty when they are used in ornaments.

These are originated from minerals, stones and other natural materials which have special physical properties that give some unique strength and characteristics that also make them healthy for adorning by people.

Its presence is so intellectual that these are surrounded by several fictitious myths and superstitions of having magical power in them.

Gemstones are considered as most opulent and most valuable substance on earth. From ages, in different countries, people are insane for adorning these gemstones. Even the oldest epics like Ramayana and Mahabharata in India whose existence is a question also have recognition of gemstones. From history, gemstones are the symbol of royalty and aristocracy for people of India.

Gemstones not only have physical significance but it is also believed that they are attached to human destiny, human life, misfortunes, fortunes, horoscope of people. People believe in the gemstones powers.

In astrology, each gemstone is related to one planet of our solar system. Astrology science is based on this gemstones and planet. 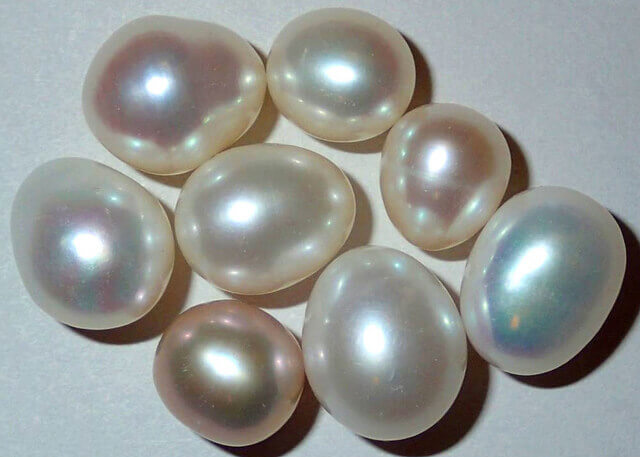 Pearl stones are generally found near the sea beaches of different size and shapes. Bona Fide pearls or ‘Moti’ have a great luminous effect. There are various techniques to check the authenticity of pearls. Pearls are originally the living creatures which are dead and they are transformed after several years in shining minerals having lustrous and splendid texture.

They were mainly found in China, Japan, USA, Mexico, Canada, and  India etc.

In India, pearls are chiefly found in South India where they are popularly called ‘Tuticorin’. After South India, they are found in Darbhanga district of Bihar.

It is said Pearl was first found by Romans and Egyptians dated back to around 5000 B.C.

Pearls are the symbol of Moon which generally represent wisdom, shine, light, joy. 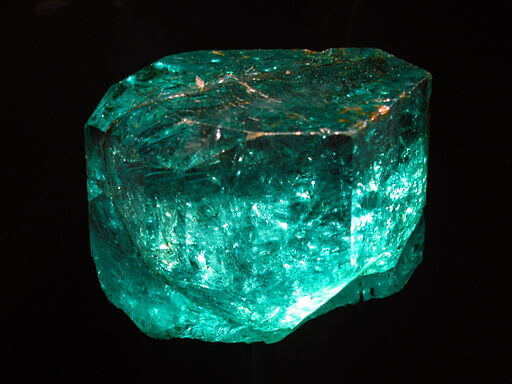 Emerald – Panna is a very famous gemstone for jewelry. People love to adore it. Emerald is made by a mixture of a variety of minerals chiefly beryl and a small amount of chromium and vanadium. Beryl is green in color and so emerald is also in green.

The emerald is first found in Egypt known as Cleopatra mines or Mons Smaragdus called Emerald Mountains around 2000 B.C.

Emerald represents the planet Mercury and regarded as ‘Prince‘ among all of the planets and brings love, a new beginning, eternal relationships, faith. 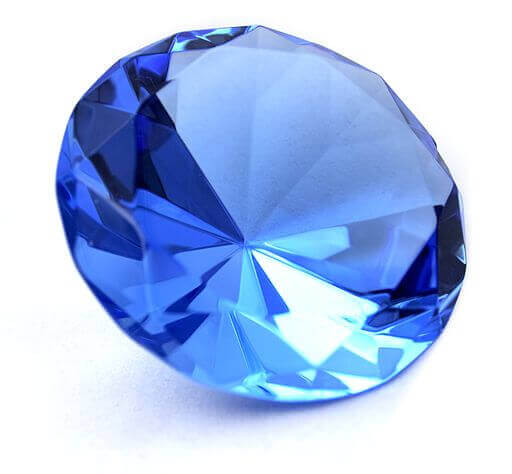 Sapphire is a precious gemstone created by a mixture of different minerals such as corundum an aluminum oxide. Sapphire is found in different colors except for red. Typically, these are found in blue color but yellow sapphire also called ‘Pukhraj’ in India is very popular in streams of the gemstone. It is also the third hardest mineral in the world.

Sapphires are first found in Kashmir in 1880. The Kashmir mines of Sapphires are considered as best sapphire gemstone origin in the world. 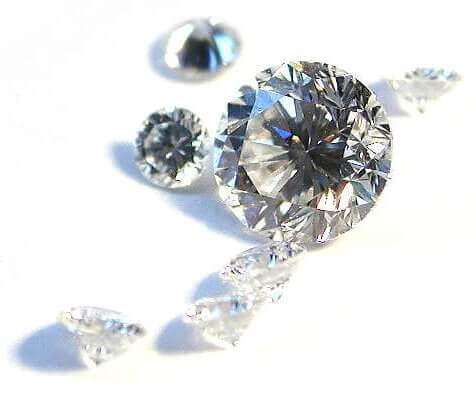 Diamond is one of the most luxurious and glossy gemstones on earth and also it is the hardest material on earth. Diamond is naturally a solid form of carbon present in its diamond cubic crystal structure. It is known for its strong covalent bonding between its atoms. Most diamond found is naturally 1 to 3.5 billion years old.

It is mainly found in Madhya Pradesh. It is said a diamond is found in coal mines which are also called ‘Heere ki Khaan’.

It is said that diamond was first found in India and till 4th century B.C. India was the only source of diamond in the world.

The diamond represents planet Venus. It is popular among women class and also the representative of royalty, beauty, and feminine. It also symbolizes a comfortable, flexible and luxurious life. 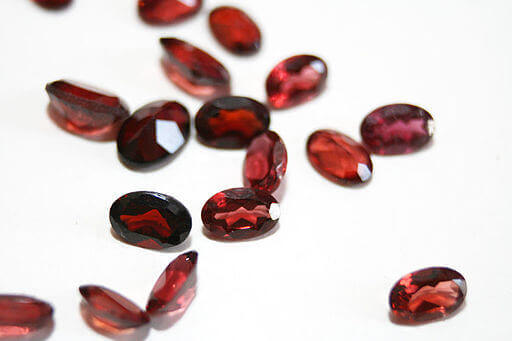 Hessonite stone is a grossularite garnet class of minerals rich in iron and manganese. It mainly made up of calcium aluminum silicate. Mostly, found in honey-yellow or reddish orange color.

Hessonite stones are mainly found in countries such as Srilanka, India, USA, Africa, Austria, Thailand. The major source of Hessonite Gemstone in the world is Ceylon (Sri Lanka).In India, it is found in Shimla, Bihar, Kullu, and Tamil Nadu. 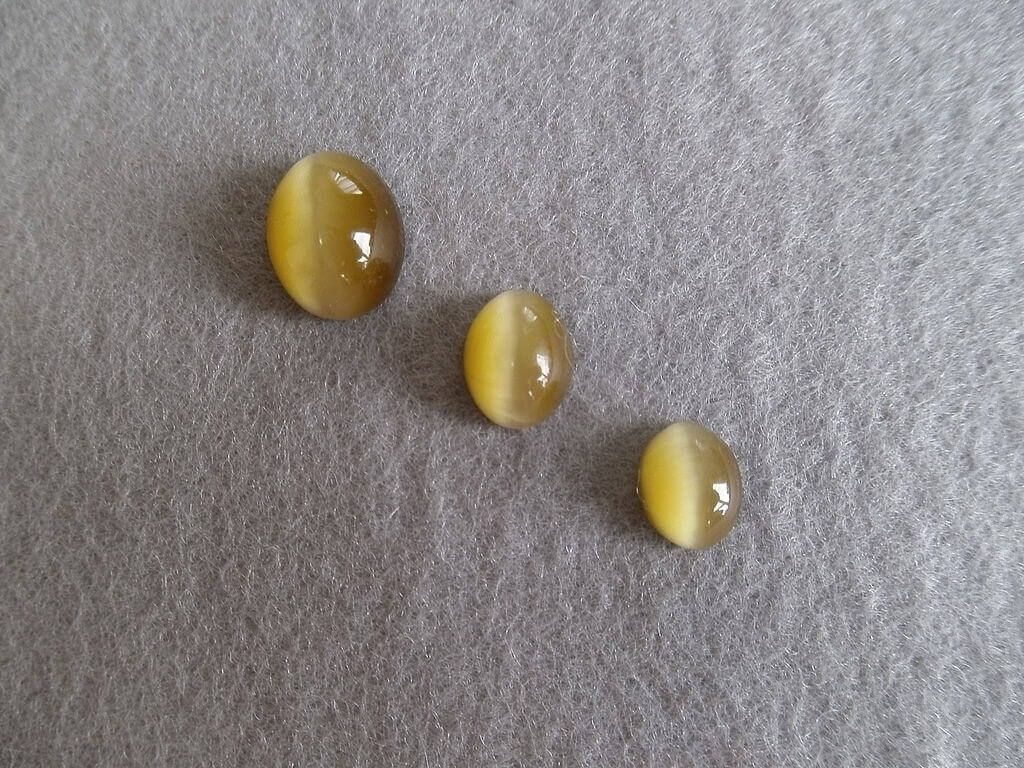 Cat’s eye or lehsunia stone is a semi-precious stone found in a variety of colors and shades of mostly green, yellow, milky, and olive-yellow. This gemstone has cat’s eye effect as the phenomena are called chatoyancy in which small, slender, fine minerals fibers in stone reflect light in the single band. A mineral is chemically called chrysoberyl. People chiefly wear this to protect themselves and their family from misfortunes, diseases.

It is majorly found in SriLanka, India, and Burma. In India, it is mainly found in Orissa, Kerela, Andra Pradesh, Karnataka, Tamil Nadu, and Bihar.

Red coral stones are not mined but they are an organic gemstone. Red corals mainly come from original species Rubrum found in Mediterranean sea. These tiny invertebrates are called calcareous The skeleton of these species are in red or pink color and these gemstones mainly originate from a continuous secretion of the skeleton of these and deposition in marine pulps and from these gemstones the ornaments are made.

Red coral was first found by ancient and Egyptian and European burial. 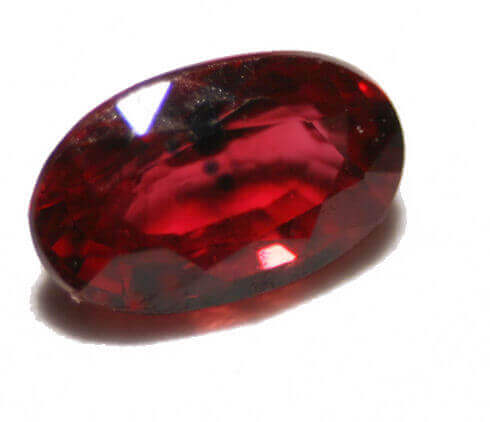 Ruby or Maanik is blood-red or pink colored gemstone originate from mineral corundum(aluminum oxide) and the red color is due to the presence of chromium. The Mogok valley in upper Myanmar was the world’s main source of rubies and the first ruby was found in Luc Yen area which is present in Mongok Vally.

Ruby stones are found in India, Kabul, Srilanka, Myanmar. In India, it is mainly found in Rajasthan known as ruby mines of India. 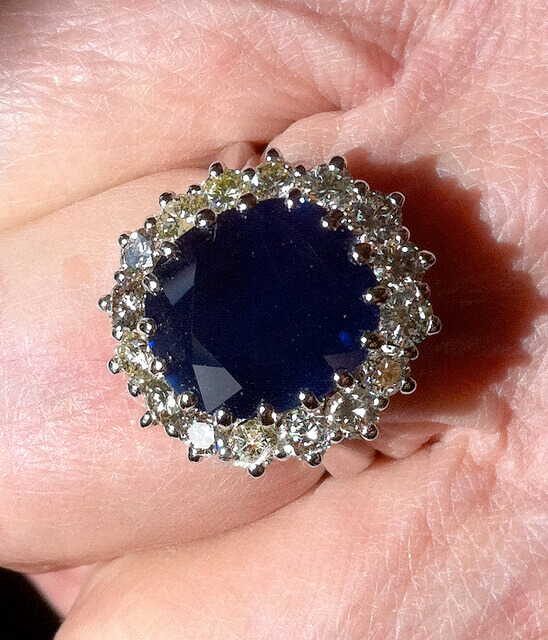 Blue Sapphire or Neelam is said that this gemstone has the power to cure disease like bone fever, paralysis. This gemstone is considered this strongest power astrological gemstone.

This is made up of blue shades of the mineral corundum.

Blue sapphire is generally found in India, Srilanka, Burma or Australia. In India, it is mainly found in Kashmir and south India.

It is associated with planet Saturn which is referred as the son of the sun. It is the most significant and influential gemstones. It also signifies leadership, head, and fortune. 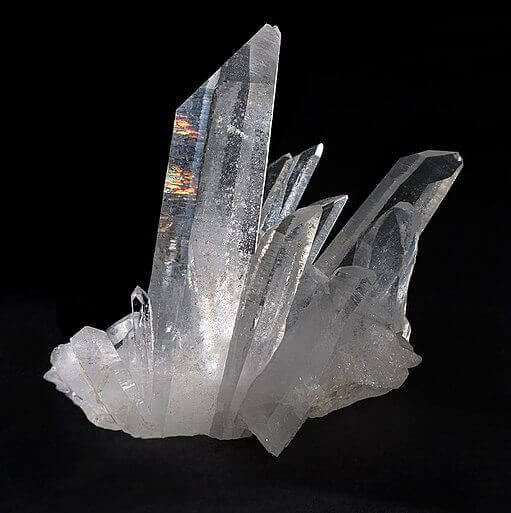 Quartz is most common gemstone made of rock crystal. Quartz is generally rock colored. It is the oldest and second abundant and distributed gemstone found in India. Quartz is a mineral gemstone made up of silicon and oxygen atoms called silicon dioxide (chemical formula sio2).

Quartz gemstones producers countries are Brazil, Madagascar, India, and the U.S. (Arkansas).In India, They are found in Rajasthan, Gujarat, Telangana, Orissa etc. It was first found in a pegmatite found near Rumford, Maine, USA and in Minas Gerais, Brazil.

This gemstone represents rock crystal. It is used to heal and give strength and power and protect the wearer from misfortunes. It is also associated with relaxation, contentment, love. 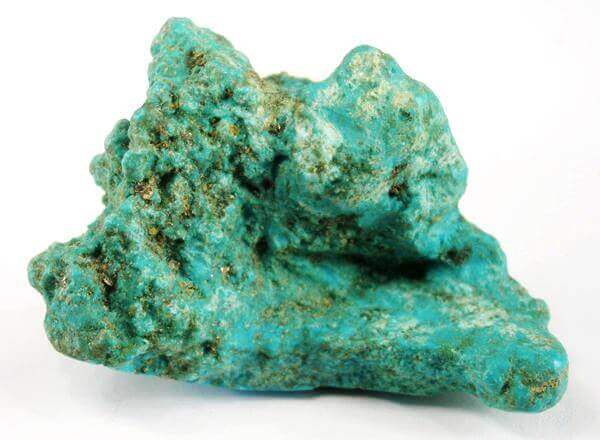 It is one of the oldest known semi-precious gemstones. It is opaque and transparently used to make ‘Pharos of Egypt’. In history, it is used to make the talisman of kings, shamans, and warriors. It is the mineral gemstone which is made up of phosphate of copper and aluminum.

Turquoise is found in countries such as U.S., Mexico, Iran, Chile, China, Australia, Afghanistan, and Tibet. Turquoise was first found in Egypt over 7500 years ago.

It represents planet Venus and Neptune and is a December birthstone. This gem is a pain reliever and cures many harmful diseases. This stone aid spiritual atonement, communication. It protects us against bad luck and saves us from evil spirits. 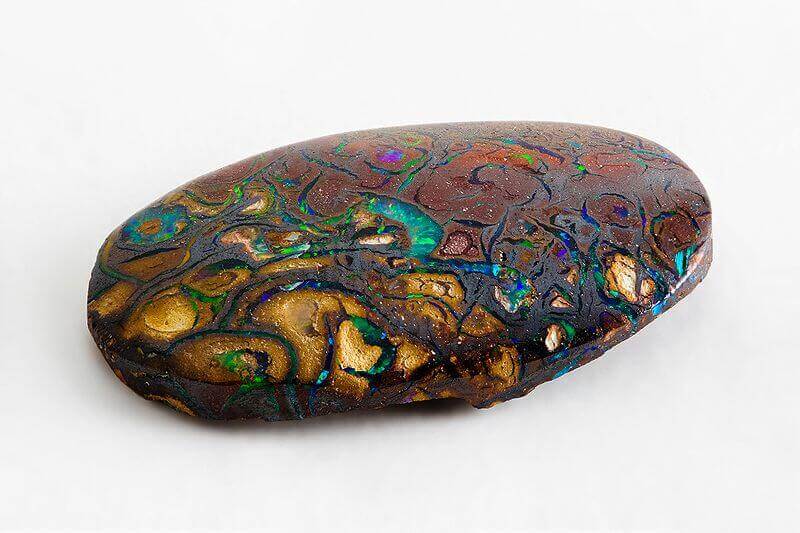 Opal is a hydrated form of silica and because of its amorphous character, it is classified as a mineraloid. It is the national stone of Australia. Opal is the birthstone for the month of October. It is believed that it is created from several chanting myths. Opal comes in a variety of colors in which black opal is rarest and white and green are commonly available.

Opal stone was first known around 250 BC. Hungary and Czechoslovakia were first to mine opal in this world. Today, it is majorly found in Australia. Other countries are Mexico, Brazil, Indonesia, India, Nevada, and Ethiopia. In Indian, they are found in Orissa. 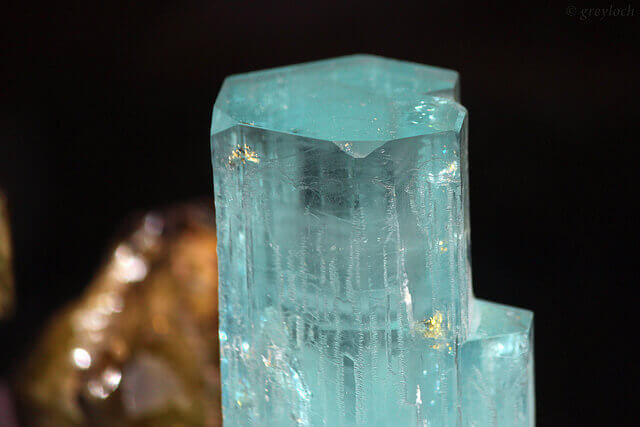 Aquamarine Stone is lustrous stone. It is blue-green colored gemstone like the color of the sea. Its name is derived from the word aquarium. It is the birthstone for the month of March. It contains Beryl mineral of sea-water color. In ancient times they are believed to be an antidote for poison by the sailor.

This stone is majorly found in Brazil. In 1910 the largest aquamarine stone mine was founded in Marambaia Brazil. Other countries are Angola, India, Nigeria, Kenya, USA, Zambia. In India, they are found in Rajasthan, Bihar, Orissa, Madhya Pradesh, Tamil Nadu(Karur) etc.

It represents planet Venus. It is a symbol of everlasting Youth, Love, affection, happiness. 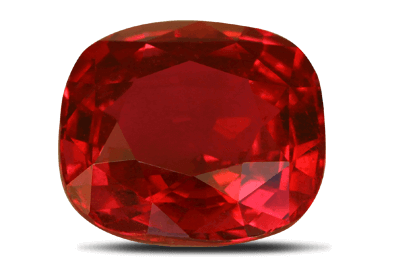 Garnet is one of the oldest semi-precious gemstones derived from the word ‘Granatus’. This gemstone is generally inspired by the fruit called pomegranate which is red in color. The size, shape, and color all are just like pomegranate. These stone have a low price. The Garnet stone is the combination of two solid solutions i.e. pyrope-almandine-spessartine and uvarovite-grossular-andradite.

Garnet was first found in the 1990s in Bekly, Madagascar. These stones are generally found in India, SriLanka, Australia, USA, Brazil, China, and Russia etc.

In India, they are found in Andra Pradesh, Rajasthan, Orissa, Jharkhand, Chhattisgarh, and Tamil Nadu. 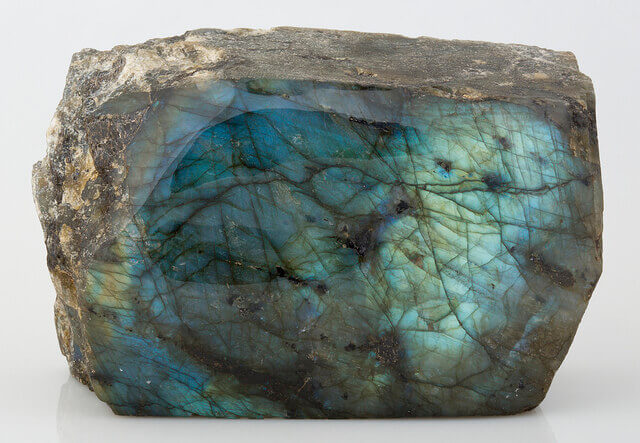 Feldspar is a mineral stone made up of a group of rock-forming crystal called tectosilicate minerals. It is found in many forms of rock. There are two types of feldspar series first is potassium feldspars and the other is plagioclase feldspars which are calcium to sodium series of feldspars. This mineral is the most abundant mineral found on earth’s crust forming around 60 % of terrestrial rocks. It was first found in 1747.

It represents planet Uranus and it is the birthstone of Aquarius (zodiac sign). It signifies love, affections, targets, goals, success, and aim of life. 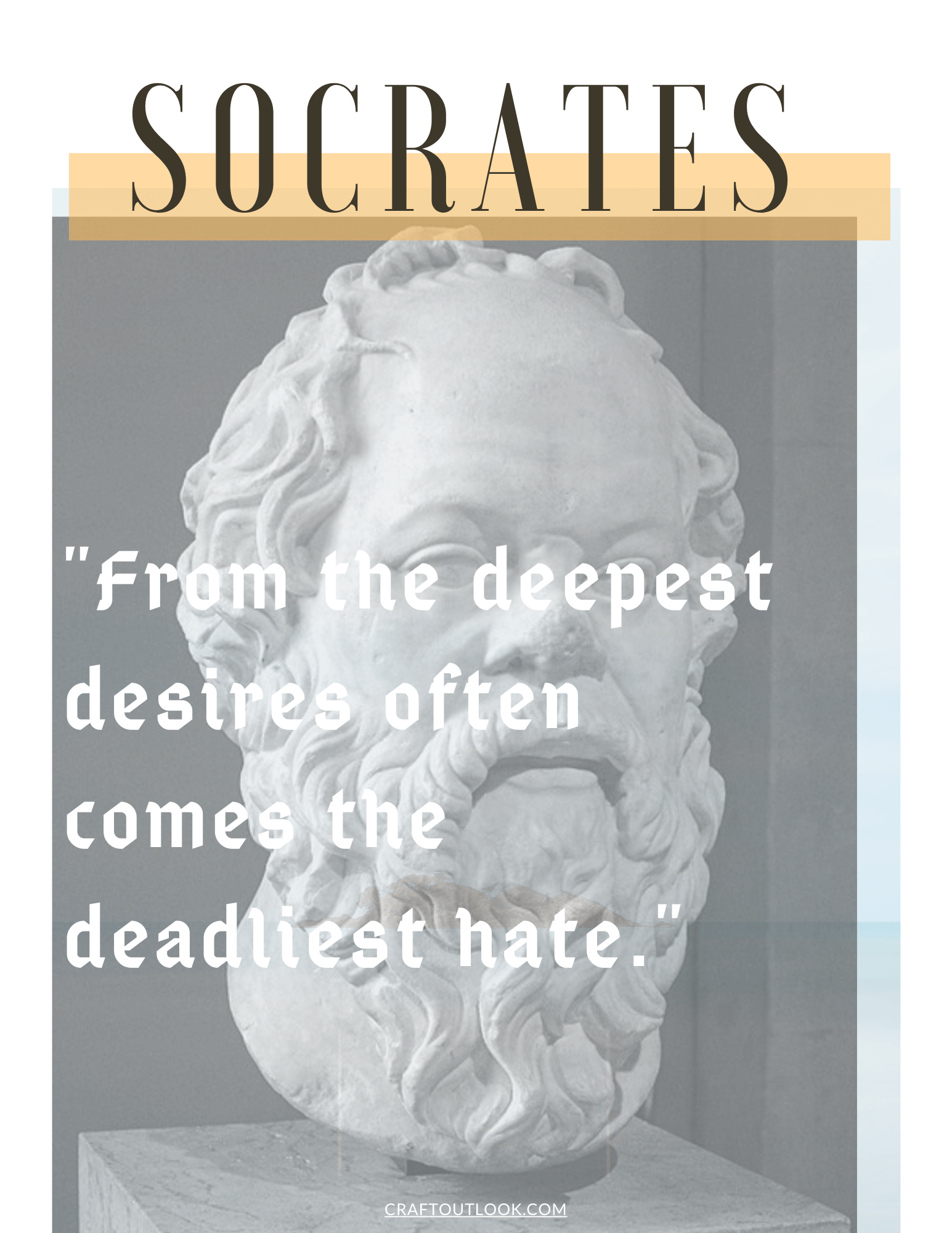 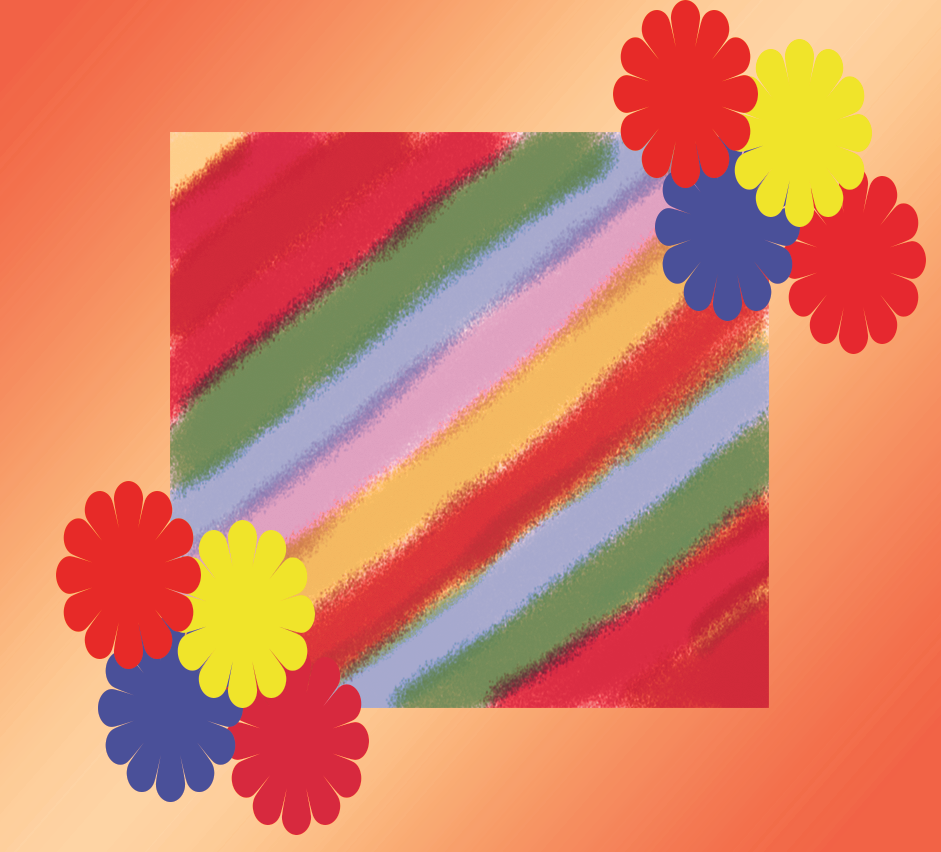 Creating Colorful Backgrounds in Photoshop for Novice
Visual art is an art of creative thinking of the human mind on a digital platform. This is mainly transforming your hand and mind creativity on a computer. Computer Graphics ...
READ MORE
Socrates – An ancient Social Philosopher
Top Seven Popular Orthodox Traditions of India
Commercial Outlook Of Indian Handicraft Industry
Creating Colorful Backgrounds in Photoshop for Novice

Categories of Wood for Handicraft Furniture in India: Hardwood and Softwood Specialization